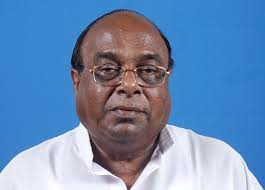 The inaugural session was followed by a technical session where in several experts spoke about the state government’s achievement in fisheries and animal resources sector and the potentials in the sector.

As per the latest date of National Sample Survey Orgnisation (NSSO) the farmers’ average house hold monthly income in Odisha has doubled during the period from 2003 to 2013. The contribution from fisheries and live stock sector was reported to be significant as there were 33.35 times increase from this source during the period. With 80% of total rural house hold in Odisha comprising of small and marginal farmers, the role of fisheries and live stock remain crucial for the state economy.

In ADR sector, about 6 lakh farmer have been extended  income generation activities by way of goat farming, poultry, diary and fodder cultivatio, Over 571 medium entrepreneurs have been promoted under commercial agriculture enterprise scheme. Similarly, in fisheries sector, 1,01,874 farmers have been extended livelihood options through fresh water, barackish water and marine fishing activities and 26,091 new entrepreneurs have been promoted under commercial agriculture enterprises and other department schemes .

A new state plan scheme ‘Mastya Pokhari Yojana’ ( Mo Machha Pokhari) has been introduced including budget provision of Rs 96 crore. This facilitates creation of additional 2200 hectare of fresh water aquaculture farming with 50% financial assistance to farmers. The various services in fisheries sector are also made online today in tune with technology. The chief minister has also dedicated ‘Animal Ambulance’ in Berhampur and Cuttack urban areas with budget provision of Rs 1 crore to provide emergency service to sick and injured animals.