Are Bijaya Mohapatra & Dilip Ray getting closure to BJD? 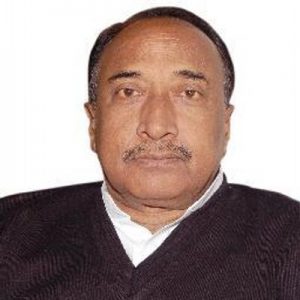 Bhubaneswar: The release of a pictorial biography of former Odisha chief minsiter Biju Patnaik has stirred up the politics in the state.

Even though the book would be released by former president of India, Pranab Mukherjee , here on January 27, speculations are rife that the state would see high-level political mobility in the state politics on the eve of the event.

The Biju Patnaik Birth Centenary Committee, a non-political organisation is organising the book release event. The  political observers believe that the ruling BJD is behind the show. And, they see lot of politics in it.

BJD MP and spokesperson PK Deb clarified that the event would be a all-party affairs as Biju Babu was loved by leaders cutting across party line. There is no politics in it, he asserted.

The leader of the oppostion Narusingha Mishra, Congress president Prasad Harichandan, BJP president Basanta Panda, Ali Kishore Patnaik from CPIM, Dibakar Nayak from CPI are among the invitees from the state.

What, however, intriguing is that the VIP invitees list of Odisha included Naveen’s long time bete noire Bijaya Mohapatra and Dilip Ray. That Bijaya and Dilip are dissident BJP leaders in the state add gist to the rumour mill.