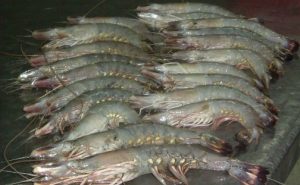 “The MPEDA laboratory will met the long-standing demand from our seafood exporters who have set global benchmarks,” said Dhal.

The MPEDA chairman, A Jayathilak, said that India is set to cross $ 6 billion US dollars worth of  sea food exports for the first time. And, according to him, this was made possible because both the prawn farmers and exporters had paid a lot of attention to quality.

Jayathilak said that the Bhubaneswar laboratory of MPEDA would help the farmers and exporters to ascertain the quality of their products.

There was a sustained demand from the  marine products exporters from Odisha to have a laboratory with modern equipment to identify the antibiotic residues up to the lowest and most microscopic levels, he said adding, the laboratory is fully equipped to check presence of Chloramphenicol and Nitrofuran, two banned antibiotics for which importers in USA and Japan have particularly insisted for analysis, he said.

Approved by the Export Inspection Council of India (EIC) under the laboratory approval scheme (LAS), the laboratory has started analysing Chloramphenicol and Nitrofuran metabolites in samples drawn under National Residue Control Programme (NRCP) and those drawn from the market.

The MPEDA chairman said, the laboratory is also developing facilities for validation of sulphonamides.

After completion of testing facilities for Tetracycline and sulphonamides, the lab will be fully ready for analysis of commercial samples meant for export to the EU also . Currently, these substances are being tested at other QC laboratories of MPEDA, he added.

At present, the quality control (QC) laboratory at Bhubaneswar can analyse samples submitted by farmers, processors and exporters as a part of their quality assurance for residue free raw material for processing and exporting.

In addition, MPEDA has two ELISA screening laboratories at Bhubaneswar and Balasore which are issuing Pre-harvest Testing (PHT) certificates to farmers for facilitating export to the European Union (EU) market.