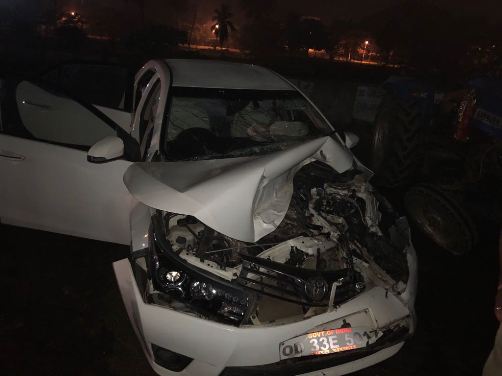 Bhubaneswar: Nalco CMD TK Chand has been injured in a road accident on Saturday evening. His wife, Preeti Roay,  who was accompanying him has also sustained injuries in the accident.

Chand and his wife has been admitted to the Bhubaneswar Apollo Hospital for treatement. While Chand’s forehead above the eyelid split open, his wife’s rib bones have damaged in the accident.

Chand’s car was hit by a tractor from the front near CIFA in the outskirt of the Bhubaneswar city while he was returning from Puri after attending a function organised jointly by Nalco and East Coast Railways.