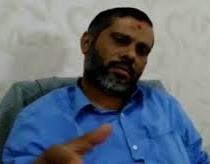 Puri: The Puri Jaganath Temple Niti (Ritual) Administrator, Pradip Kumar Das has found that the rituals of the deities delayed due to the problems created by the servitors of various nijogs.

Das, in his repot submitted to chief administrator of Shree Jgannath Temple Administration (SJTA), PK Jena, has  clearly mentioned that the servitors of various nijogs had delayed the rituals of the deities.

“Some sevaks of different nijogs had created some unexpected problems by instigating/prohibiting other sevaks not to do niti kanti of Shree Jagannath from the beginning of first niti i.e Mangala Alati on April 16. It created abnormal delay in performing regular rituals of Lord by the sevaks who misinterpreted and misunderstood the implication of order passed by the Orissa High Court on April 10,” he wrote.

According to his report, servitors Bhitarachha Bhabani Shankar Mohapatra, Suar Mahasuar Nijog’s Damodar Mahasuar and Pujapanda Nijog Secretary Madhaba Pujapanda and sevaks of Pradhani Nijog and Mahajan Nijog were resonsible for creating problems in performing the rituals of the temple on April 16.

The Niti Administrator in the report said that Bhabani Mohapatra started creating the problem in the beginning and the rituals were delayed after Madhab Pujapanda expected a call from Pradhani Nijog, which have never called the Pujapanda servitors for a ritual ‘Rosahoma’ since a long time i.e more than 30 years.

According to the report, the disturbance was created right from Mangala Alati of the deities on April 16 when the servitors of Puspalak Nijog asked the Garabadu sevak to give them water for washing of their hand. While the Garabadu servitor Surya Narayan Mahapatra duly authorised by the temple administration offered water to the Pushpalak servitors, Jagannath Bada sevak Bhitarachha Bhabani Mohapatra and Damodar Mohasuar of Suar Mahasuar Nijog prohibited him citing he is not a regular sevak of that day.

As the regular sevak was suffering from diarrhea, Bhabani and Damodar Mahasuar clearly said that they will not allow anyone to enter into sanctrum sanctorum as per the High Court directive. Misinterpreting the High Court order, the servitors said that no other servitor will be allowed to the Garbha Gruha except Palia servitors of the day.

After Abakash ritual, the Pujapanda Nijog created problem in the Rosahoma ritual, which was to be performed for Gopal Ballav Bhog. Pujapanda Nijog Secretary Madhab Pujapanda, who is also a member of Managing Committee, refused to enter the sanctum sanctorum as he was not called by the sevak of Pradhani Nijog, which is not functioning in the past 30 years.

As per the rituals, the Pradhani sevaks are supposed to call Pujapanda sevak for Rosahoma as per Record of Rights. But they are away from their duty since a long time and the Pujapnada sevak usually goes for the ritual on a call from Charcha Assistant.

The rituals were delayed for three hours following non-cooperation of the servitors to carry out the daily rituals performed for the deities.

On the other hand, two servitors of Pushpalak Nijog were debarred from rituals of the deities due to death of their relatives. The temple administration asked them to give alternative servitors to perform their duty without making any delay. However, they asked the same question asked by the Mahajan Nijog to the administration to provide them a copy of High Court order. It created a stalemate condition and continued till 9.00 pm resulting in non-performance of Bhoga Mandap rituals by the Suar sevaks.

The Suar Sevaks later approached the temple administration demanding compensation for their loss and threatened not to do the Bhoga Mandap ritual from April 17. The Mailam and Besha of lord Jagannath were conducted at 9.30 pm. The Suar sevaks locked the temple kitchen and a team of Suar sevaks led by Damodar Mahasuar staged ‘dharna’ in front of Lion’s Gate.

Pointing out everything in details in the report, the Niti Administrator recommended necessary appropriate action against the servitors responsible for making delay in rituals of lords.