New Delhi: The union cabinet on Saturday approved an ordinance to allow courts to award death penalty to those convicted of raping children up to 12 years of age. 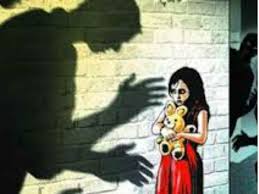 The cabinet decision for the ordinance came amidst nation wide outrage over the rape of minor girls in Kathua in Jammu & Kashmir, Unnao in Uttar Pradesh and Surat in Gujarat.

Official sources said here that the criminal law amendment ordinance seeks to amend the Indian Penal Code (IPC), the Evidence Act, the Code of Criminal Procedure (CrPC) and the Protection of Children from Sexual Offences (POCSO) Act to introduce a new provision to sentence convicts of such crimes punishment of death

The ordinance would be now sent to the President for his approval.