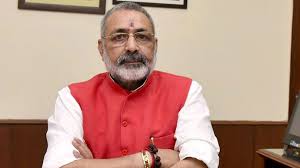 He said the existing 22,000 rural haats  will be upgraded into Gramin Agricultural Markets which will be connected with e-National Agriculture Market (e-NAM) to provide farmers facility to make direct sale to potential buyers.

Speaking at the AgriVikas 2018 here the union minister said, all the 585 e-mandis have been connected under the agricultural market reforms.

Stating that India has the potential to meet the demand of food industry of the world, Shekhawat said the country need to develop entrepreneurship in the agriculture sector.

The union MSME minister Giriraj Singh, while addressing the AriVikash 2018  said women workforce has to be increased for the growth of the country.

“There has been a rise in production of many agricultural products in Odisha but farmers here still depend on other states for other essential goods. It has come as a challenge for Odisha to attract market for the surplus produced goods,” said Singh.

Saying that turmeric has medicinal value and “can help cure cancer”, he said Odisha’s Kandhamal district’s turmeric can be exported to the international market which would largely benefit the farmers and boost the economy.

The minister said if Odisha’s agriculture produce is supplied to regional, national and international markets, it would create opportunities for farmers and would boost Odisha’s economy.