President Ramnath Kovind nominated Mansingh, Mohapatra along with author columnist Rakesh Sinha and farmer leader Ram Shakal.The president is empowered by Article-80 of the Constitution of India to nominate four personalities from various walk of life to the Rajya Sabha.

.The four will replace Bollywood actress of yesteryear Rekha, form 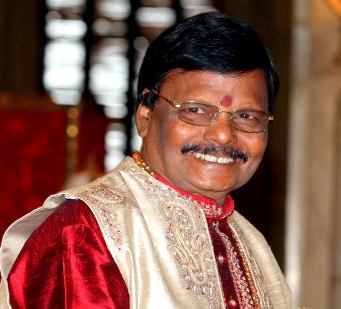 Congratulating Mansingh and Mohapatra, the chief minister Naveen Patnaik expressed his deep gratitude to the president for nominating the two distinguished personalities, who have immense contribution to the promotion of Odisha art and culture.

Sculptor Mohapatra, earlier in February 2014, had unsuccessfully contested for Rajya Sabha seat from Odisha with the baking of ruling BJD. However, he lost to Congress candidate Ranjib Biswal.

Sonal Mansingh: She is among India’s foremost exponents of Indian Classical Dance. She has been performing Bharatnatyam and Odissi for over six decades. She is also a well-known choreographer, teacher, orator and social activist. She founded the Centre for Indian Classical Dances, in Delhi in 1977.

Raghunath Mohapatra: He is an internationally renowned authority on stone carving. Practicing since 1959, he has trained over 2000 students. He has contributed to the preservation of traditional sculpture and ancient monuments, and has worked on the beautification of the Sri Jagannath Temple, Puri. His famous works include a 6 feet high statue of the Sun God carved in grey sandstone, in the Central Hall of Parliament; and the Wooden Buddha, Buddha Temple, Paris.

Rakesh Sinha: A respected and widely read author, Shri Rakesh Sinha is the Founder and Honorary Director of the Delhi-based think-tank “India Policy Foundation.” A Professor of Motilal Nehu College of Delhi University, he is also currently a member of the Indian Council of Social Science Research. He is a regular columnist in a range of newspapers.

Ram Shakal: He is an eminent people’s leader and public representative from Uttar Pradesh, who has devoted his life for the welfare and well-being of the Dalit community. A farmer leader, he is widely respected for championing the cause of farmers, labourers and migrants. He has also been a three-time Member of Parliament, representing Robertsganj constituency of Uttar Pradesh.