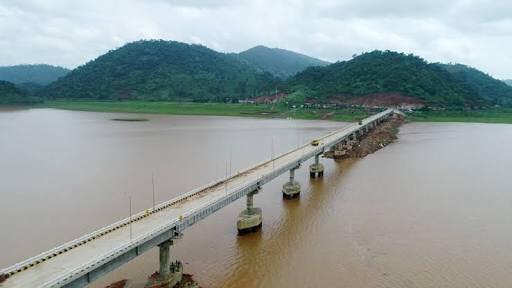 Bhubaneswar: The opening of Gurupriya bridge in Malkangiri district took a senior IAS officer down the memory lane. The IAS officer who was posted in Malkangir district way back in later part of 1980s, has got emotional when he got the news that the Odisha chief minister has inaugurated the bridge on Thursday.

“This significant event takes me down the memory lane”, says Upendra Prasad Singh, 1985 batch IAS officer of Odisha cadre who is now the union water resources secretary. UP Singh was posted as the project administrator ITDA at Malkangiri in 1989.

“Usually , the inauguration of a bridge may not be such a significant event, but in this case it is. After all, 151 villages, known as cut off area, on the other side of Balimela reservoir , will get connected to the mainland of Malkangiri District after five decades. And hopefully this connectivity will usher a new regime of development and prosperity in the region, which will no longer wear the tag of cut off area.”

“I joined at Malkangiri sometimes in October 1989. Then a Subdivision, it was a small little sleepy town, or should I call it a village? Then it was not a naxal infested area, though there were reports of naxals taking shelter in some villages of the Subdivision. I must admit that one year plus stay at Malkangiri was one of the best period of my life,”recalls the bureaucrat

“Will love to visit the place again and off course I will make it a point to go to the erstwhile ‘ cut off’ area, this time not by boat but riding on Gurupriya bridge”, says Singh.