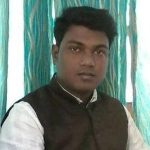 Bhubaneswar: The Odisha Congress is soon going to have  new presidents for its student, youth and women wings.

Though the posts of Youth Congress and NSUI are filled up through elections, the three frontal organisations of Congress are expected to get nominated chiefs as the general elections are round the corner.