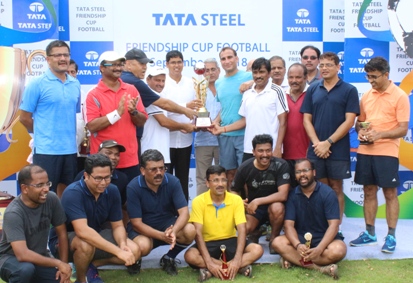 The Champion Bureaucrat XI team with the cup

In the final, it was a hard fought match between Breaucrat XI and Tata Steel XI as neither team could score in the first half time. In the second half, Bureaucrat XI team’s SD Durga score one goal and sealed the game for his team.