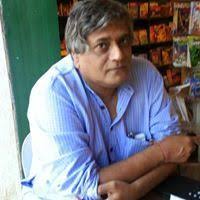 Bhubaneswar: An elephant has been finally been called in. This should have happened at the first instance; in fact elephants should have been in place even before the big cats arrived. The forest officials were aware that the undulating landscape of the Satkosia range could not be traversed by four wheel drive jeeps, elephants were the necessity for keeping tracks of the radio collared cats. The three elephants from Similipal, which had been earmarked for the Satkosia operations, could not be translocated as the locals had protested. Subsequently, getting two elephants from Kerala too had to be shelved after the floods in the State.

Tigers are only afraid of elephants, and keep a safe distance. They are too big for them to take on, so trackers and forest staff usually ride them to keep tigers at bay. It is safer overall and it gives them a great vantage point against the tigers. Besides, tigers are comfortable in the presence of elephants unlike human presence.

Tracking the collared tigers from elephants and from the ground is very different. The five metres height and further extension of the antenna makes tracking possible even from a distance of 5-7 kms, depending upon the frequency of the radio collars. While ground trackers, with hand held antennas, are good only within distances of 1 km  or less, depending upon the topology, canopy and foliage. The ground trackers have to practically crawl on the forest floor to get bearings.

Another question which crops up is the type of collar  has been used on Sundari. There are many visuals of the trackers holding antennas, chasing the already traumatised cat from close quarters.  It seems that a Standard VHF Collar has been used, instead of the GPS enabled tracking collar. The Standard VHF Collar emits a pulsed radio signal which lets the trackers locate and observe the animal’s movement by homing into the signal using a receiver and directional antenna. The GPS Collar, instead, allows for remote detection of the collared animal’s position. The Global Positioning System can be used to record the animal’s exact location and store the readings at pre-set intervals.It helps in mapping an animal’s movement round the clock.   The main advantage GPS collars have over VHF collars is that data can be collected at any time of the day or night remotely and regularly. Most GPS collars are also fitted with VHF capabilities so animals can still be tracked conventionally, allowing for observational research to be conducted.

The abject and only intention of releasing the two tigers in Satkosia was for breeding. A healthy male and two mature tigresses could have started a successful breeding program for repopulating the nearly bare sanctuary. In a typical case of counting the chickens before they had hatched, the Forest Minister and his officials had started rejoicing in anticipation. The track record of breeding of collared tigers in India is not healthy. Collared tigers, both in Ranthambhore and Sariska Tiger Reserve have shown intriguing behavior, which had puzzled wildlife experts. With a contraption weighing over 1.5 kg around their necks, they find it difficult to breed. The radio collars are too much of a burden when it comes to getting cozy with a mate.  In the act of neck biting, which is an integral part of tiger mating, the Radio Collar is an impediment. A study of five cats in two Tiger Reserves found that none of them have been able to reproduce even though experts did not detect any hormonal imbalance which affected their fertility.

The National Tiger Conservation Authority (NCTA) has put in place Standard Operating Procedures to deal with emergency arising due to straying of tigers in human dominated landscapes in 2013 vide their Notification No. 15-37/2012-NTCA dated 30th Jan 2013.  In the Annexure-II of the Guidelines for Declaration of Big Cats as ‘Man-eaters’ it states: “A differentiation should be made between ‘human kill’ due to chance encounters and ‘habituated man-eaters’.  As most of our forests  outside  protected  areas  are  right  burdened,  the probability  of  chance  encounters  is very  high.    Further, tigers often use agriculture fields while hinting for prey or livestock, which may also cause lethal encounters with human beings.  Such animals should not be declared as ‘man-eaters’.”

Even though Sundari has not been declared a “man-eater”, the manner in which the officials are attempting to capture is no less than that of the recently shot Avni in Maharashtra. Four teams are in hot pursuit to tranquilize it and then put it in the Nandan Kanan Zoo. The Minister has made it apparently clear that the tigress’s place is in the zoo. The previous tiger which had strayed into the zoo is now caged in spite of   experts calling for its release into the wild. Sundari too will strengthen and supplement the gene pool of the Nandan Kanak tigers, which, after years of inbreeding, have become susceptible to disease.

In fact, the gene pool of the present set of Forest officials and administrators is what needs to be changed. A thoroughly corrupt department, crores have been siphoned off in the name of elephant and wildlife protection. False and fudged census figures are cited in the annual reports. Rampant poaching of endangered species is growing every year right under the noses of the officials.  The few honest and dedicated officials are not allowed to work. Raids by the State Vigilance had yielded crores of rupees from DFO’s and lower in the rung officers. A thorough   revamp in all the levels of the Forest service is the need of the hour. The Forest Minister, Bijoyshree Routray is one of the most learned members in Naveen’s Cabinet. He is an old timer who has never lost an election and commands good respect in political circles. It remains to be seen how he handles the present crisis in his Ministry, with things getting worse every day. Accountability has to be fixed and   heads have to roll, otherwise the rot will spread.

“When there’s a tiger around you can’t sleep. You can barely eat. You can’t do anything because you are scared for your life,” say the villagers of the core area.  Given the chance, after two human deaths, they will kill the tigress themselves.