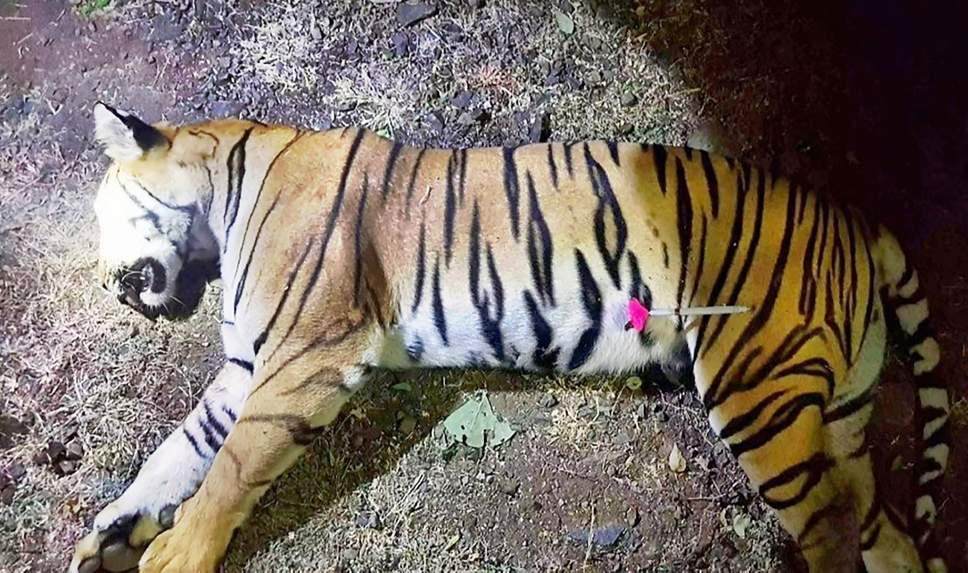 Bhubaneswar: The death of tigress Avni has made the job of Odisha wildlife forest officials engaged in controlling  Sundari, Bandhavgarh tigress relocated in Odisha’s Satkosia forest,  difficult. They are now quite nervous as they are un-enviably pitted in the same situation as their counterparts in Maharastra. The Odisha wildlife forest officials are in the job of tranquilize, capture and quarantine the tigress Sundari, who has suspected to become maneater.

If the story dished out by the Maharastra forest officials is to believe, Avani was killed in self defence. The forest officials accompanied by Asgar Ali, a notorious poacher, were attempting to capture the man eater Royal Bengal tiger by tranquilizing it. However, team reported that the tranquilizer failed and the tiger attacked the team forcing the Ali to shoot the tiger.

Union minister Maneka Gadhi, an animal lover, has strongly criticised the Maharastra government. Stating that involvement of Asgar Ali in the haunt is patently illegal, She has said that she would take up Avni’s “murder” with Maharashtra chief minister Devendra Fadvnavis and said that she will pursue the matter legally, criminally as well as politically.

Joining the ever increasing chorus, the Congress president Rahul Gandhi, has twitted,”The greatness of a nation can be judged by the way its animals are treated,” quoting Mahatma Gandhi.

A senior forest official of the state wildlife department whispered, ” Really, it has become very difficult on our part to tranquilize, capture and quarantine the tigress Sundari”. ” We have directed the search team to be cautious in their operation,” he added.

The tigress Sundari from Bandhavgarh Tiger Sanctuary  in Madhya Pradesh has been relocated along with tigrer Mahavir from Kanha Tiger Sanctuary in the Satkosia forest of Odisha. It was the first such relocation of wild tiger in Asia. However, Sundari, has suspected to have become a man eater. As per the complaints by the local villagers, Sundari has killed two persons in the last two months of his release to the wild.