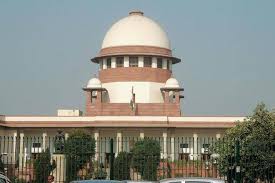 Bhubaneswar: Vindicating the Odisha government’s action against Sarada Mines Pvt. Ltd.(SMPL), the Supreme Court has directed the mining company to cough of the penalty.

The apex court, while holding the Sarada Mines guilty of illegal mining, has directed its own Centrally Empowered Committee (CEC) to fix the penalty amount to be recovered from the lessee.

The Odisha government has slapped a penalty notice of Rs 1,938 crore on SMPL for illegal mining activities. The contention of the state government was that the mining company had extracted minerals without the statutory environment clearance. Moreover, the lessee has extracted lumpy iron ore while it was permitted to raise iron ore only.

Sarada Mines has the ML for 947.046 hectare of Thakurani iron ore mines in Keonjhar district for 20 years from 2001 to 2021.  The lessee, however, extracted minerals before it was accorded the environment clearances for such activities in 2004.

A bench headed by justice Madan B Lokur has also held SMPL guilty for extracting iron ore lumps illegally. The lessee was granted permission to extract mineral iron ore only and not iron ore lump, a by-product of iron ore mining.

The apex court, while directing the CEC to quantify the penalty to be imposed on SMPL, has clarified the extraction from 2001 to 2004 without environment clearance and the extraction of lump be considered as illegal.  “The calculation should take into account our conclusion that the environment clearance is not retrospective and the first year of production  from September 22, 2004 within in six weeks. The calculation should also take into account our conclusion that the environmental is not retrospective and the first year of production, in view of the environment clearance granted to SMPL would be 2004-05. Any mining in excess of the environmental clearance by SMPL would be and is illegal”, it said. The court has also observed,”SMPL is desirous of taking full advantage of its extraction and production of iron ore  run-of-the mines (RoM) but at the same time shying away from the legal consequences that follow” while rejecting the firm’s argument that the permission to mine mineral iron ore includes permission to mine lump. The bench also said that the environmental clearance granted to SMPL was only with refernece to iron ore run of the mine (RoM) and not iron ore (lump).

It also noted that the entire iron ore RoM extracted by SMPL is actually sold to Jindal Steel & Power Ltd. and it is not only iron ore (lump) that is sold to Jindal Steel & Power Ltd., the Naveen Jindal company which has set up a 6 million tonne steel plant in Angul in Odisha. However, it did not deal with the issue of the relationship between SMPL and JSPL as of now.

JSPL has entered into an arrangement with the SMPL for sourcing the iron ore from the Thakurani mines on long term basis for its plant in Angul.