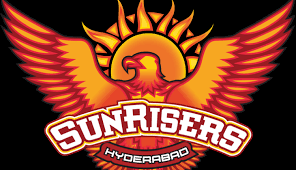 Hyderabad: Sunrisers Hyderabad has retained David Warner in its team for the upcoming season of the Indian Premier League after having missed out on the previous edition due to his ban following the ball-tampering scandal. However, whether or not he will resume captaincy, given that Kane Williamson donned the skipper’s hat in the previous season remains to be seen.

Sunrisers Hyderabad, winner of the 2016 Indian Premier League (IPL), on Thursday evening twitted announcing the list of players ahead of the 2019 season of the cash-rich league. Beleaguered Aussie vice-captain David Warner is part of the 17 players team, while SRH have released nine players including the trade-off of ShikharDhawan to Delhi Daredevils. While WriddhimanSaha is a big name released by the franchise, the SRH think tank also decided to let go of some famous overseas players in Alex Hales, Carlos Brathwaite and Chris Jordan.

Ahead of IPL 2019 auctions, which is likely to be held in December, Sunrisers have retained their core group although Dhawan will be the only big name missing from it after he was traded with Daredevils. The retention list includes the likes of Warner (who was absent in the previous edition after the ball-tampering act), Kane Williamson, Bhuvneshwar Kumar and Manish Pandey. SRH have also managed to trade three players – Shahbaz Nadeem, Vijay Shankar and Abhishek Sharma ( all from Delhi Daredevils in exchange for Dhawan). With Warner returning it is expected that he will takeover captaincy duties from Williamson.

Meanwhile, the team have released the names of  nine players which include WriddhimanSaha, Alex Hales and Carlos Brathwaite.