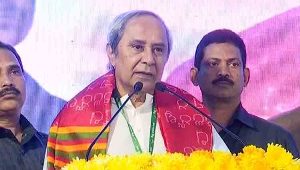 On the occasion Panchayati Divas, celebrated in memory of legendary leader Biju Patnaik, the chief minister launched the Pucca Ghar Entitlement Cards , here on Thursday. He handed over 9 Entitlement Cards on this occasion.

Addressing the State-level Panchyati Divas function, Patnaik said that the State government has made a spectacular achievement by giving 25 lakh Pucca Ghar to the people living in rural areas. Quoting his father Biju Patnaik, He said that the dream of Biju Patnaik that “A decent roof over every citizen of my State’ would be reality soon.