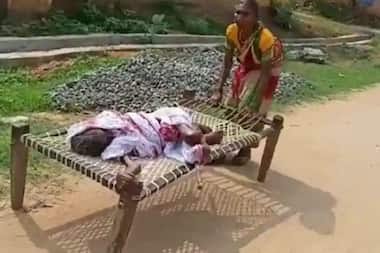 Bhubaneswar: The bizarre incident of a 60 year old daughter dragging her 100 year old mother to the bank for withdrawal Jaandhan Yojana money has taken new turn. The All India Bank Employees Association (AIBEA) has protested the suspension of bank manager in connection with this case. The AIBEA has said that the suspension of the bank branch manager amounts to harassment of the banker.

The AIBEA, in a letter addressed to Sunil Mehta chief executive of the Indian Banks Association, has described the suspension of the branch manager as an “over-reaction”. The AIBEA demanded such harassment be stopped.

The AIBEA stated that the branch manager of the Baragoan branch of Utkal Gramya Bank in Nuapada district of Odisha AK Pradhan had assured the the daughter that he would visit her house to facilitate the payments the next day. But, the AIBEA pointed out, the daughter brought her mother on a cot to bank the next morning instead of waiting for the home visit of the branch manager.

The AIBEA has stated that the video of the incident went viral in social media and based on which the concerned branch manager has been suspended. The Association has urged the IBA to intervene and stop such harassment.