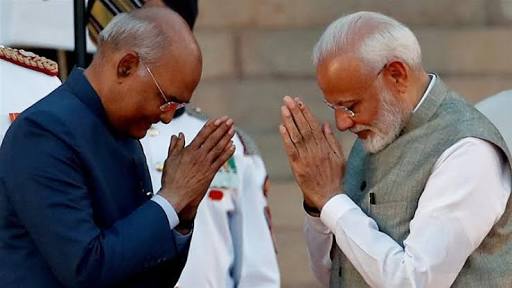 New Delhi: Prime minister Narendra Modi Sunday met the President of India Ramnath Kovind and briefed him about the national security situation in view of the Indo-China border face off.

President is the supreme commander of the the Indian defence forces. And, the prime minister briefed him about the situation in the border and the possible international ramification of the situation.

The prime minister Modi had been to Ladakh recently and appraised himself about the ground reality at the border and the preparedness of Indian defense forces to face any eventuality.