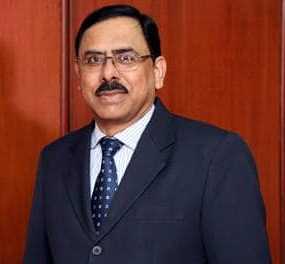 Bhubaneswar: Steel Authority of India Ltd. (SAIL) is all set to sell dumped iron ore fines as Odisha and Chhattisgarh have given their clearances for the disposal of the overburden.

The SAIL chairman, Anil Kumar Chaudhary, Wednesday said that the Company will start selling the iron ore fines once the steel market is ready. He said that the Odisha and the Chhattisgarh governments have given the clearances for the disposal of the fines. The Jharkhand government is yet give its clearance, he added.

SAIL is taking up the proposal with the union environment ministry for environment clearance.

Chaudhary said, ” The market for iron ore fines is not favourable now. Once the market will ready we will start selling the fines.”

The SAIL chairman, who was addressing a virtual presser along with Rourkela Steel Plant CEO Dipak Chattaraj, hailed the government of India’s decision to allow sell of iron ore fines from captive mines. He said this decision will not only enable SAIL to get additional resources but also help the environment which used get polluted due to dispersal of fines in air and rain water.

The mines ministry in September 2019 had allowed the SAIL to offload about 25% of total iron ore produced in the previous year in open market.

SAIL has over 20 captive iron ore mines spread over Odisha, Chhattisgarh and Jharkhand.

Referring to the government India’s proposed scrap policy, the SAIL chairman said that the company has prepared a background paper to take advantage of the policy.