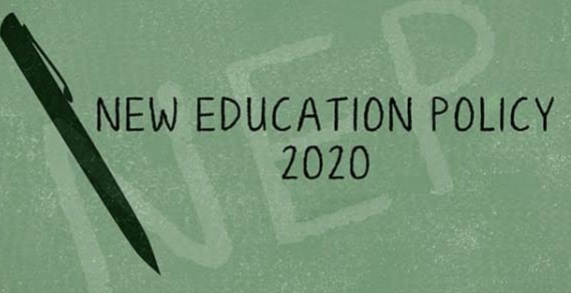 I became aware of Pink Floyd, the psychedelic British Rock group, listening to their 1973 album The Dark Side of the Moon. I was barely into the western pop music scene then  struggling a lot to catch the words amidst the violent beating of drums and blasting of electric guitar. However, when their iconic album, The Wall, came about in 1979 I was considerably matured in modern aesthetics and was enjoying relative independence in Tax Training Academy, Nagpur. Besides, finally getting rid of the need to study academic books, I was starting to evaluate the education system I struggled through getting to realise the complete irrelevance of lessons in liberal arts I was put through on Campus by my Professors, who, for all practical purposes, belonged to another world of another era. Coincidentally, two events of importance came about at the time, the Draft National Policy on Education and the much altered Civil Service Exam System following the Kothari Committee Recommendations, both I thought equally useless to me. And at that precise moment the the lines of Roger Waters, the song writer of Pink Floyd’s Another Brick on the Wall(video attached), appealed to me in the context of the education I completed in several fits and starts. Now with the passing of so many years while I’ve completed my career in service in equal fits and starts being as much a misfit as I was as a student, the words of Roger Waters resonated in my ears again when I got to read the sketches of the New Education Policy 2020.

The video is the most important number from The Wall, perhaps one of the most intriguing and imaginative albums in history of rock music as it captures the very essence of ‘concept album’. The number here traces the life of the protagonist from his boyhood depicting graphically the oppressive education system he is grilled into, a system dominated by psychopathic teachers who are bent upon intimidating children forcing them to extreme conformism killing any bit of creativity in their thought process forcibly turning them into standardised consumer products like hotdog coming out of the machine as seen on the video. It’s a scathing attack on an out of touch educational system bent on producing compliant cogs in the societal wheel for a government that would treat its citizens as pieces on chess board. The whole system is set to make you just another brick on the wall. It would be really worthwhile to watch images on each frame of the video and match concept with these words:

You, yes you,
Stand still lady!

When we grew up
and went to school.
there were certain teachers
who would hurt the children
anyway they could.
by pouring their derision
upon anything we did
exposing any weakness however
carefully hidden by the kids.
But in the town it was well known
that when they got home at night
their fat and psychopathic wives
would thrash them within inches of their lives!

We don’t need no education
We don’t need no thought control
No dark sarcasm in classroom
Teachers leave them kids alone………
All in all it’s just another brick in the wall.

There are lots of issues for serious discussions in this NEP 2020, the language medium, the course content, the physical and digital constraints, the human development needs, the skill enhancement of teachers, their timely skill upgradation and replenishment, interdisciplinary mobility and what have you. There should be plenty to discuss on each one of them. For me, however, what is important is some intent to set the students free to use their mind in not conforming to a determinate course of thinking, reacting, answering, and most importantly, intellectually not forced to conforming. Whether it could really actualise is the question.  Nevertheless I am excited by the concept of seamless mobility between disciplines, free choice of subjects not adhering to rigid and compartmentalised combinations, ease of entry and exit into degrees, integration of vocational education into mainstream, guaranteed certificate or degree of appropriate value at each stage, calibrated internships, introduction of coding from lower schools and so on.
The NEP, in my view, hasn’t got the attention it deserves amidst the scary, lethal and chaotic events around us that include the Wuhan Virus, Migrant Labourers Crisis, Chinese aggression in Ladakh, plummeting of the economy, eternal question of Kashmir, etc. How I’d like people largely stuck indoors to ponder over the Education Policy too!