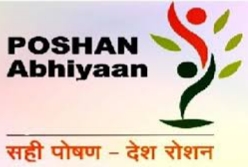 Bhubaneswar: Odisha should go for a Nutrition Budget to address the problem, opinied speakers at Think Tank webinar on Saturday.

Initiating the topic of the webinar i” Nutrition “, Maj Genl B. K. Mahapatra referred to the famous Bombay Plan formulated by JRD Tata & G. D. Birla as early as January 1944 and said that they had prepared a plan for industrial, economic development of the country taking into account nutrition needs of the country’s population. At that time, most of the people of the country were not getting enough food to eat. But JRD Tata & G. D. Birla envisaged that a healthy adult would need 2600 calories a day. They also estimated daily needs of an average person at 16 ounces of cereals, 3 ounces of pulses, 5 ounces of fruits, vegetables, 8 ounces of milk .Taking into account 39 crore of India’s population at that time and their requirement of nutritive diet they had catered about Rs 2,100 crore for India’s agriculture and total of Rs 10,000 crore for India’s total plan for industrial and economic growth.

Sri Swadesh Patnaik, convener of Think Tank (TT) then introduced the main speakers to the audience.

Dr Ramesh Ch Panda spoke with the help of his elaborate slides about nutrition, malnutrition, accessibility, equity and state’s intervention for nutritive needs. He described the total nutrition landscape, particularly tribal belts and the picture of the world.

Basant Ku Kar explained how first 1000 days of human life including the period in mother’s womb play the important role in development of brain and IQ, and how the health of pregnant mother and then infant has been neglected.
He then mentioned about various Poshan Abhijaan targets.

Sabarmatee said unfortunately in India, food growers are most malnourished. The so called rich people do not take balanced food, they take junk, wrong food. The agricultural soil of the country has been gradually denutrified, which is a serious problem.

Jagadananda said because of sound position of some advanced districts like Cuttack, Khordha, Puri, Bhadrak, Balasore the over all average of the State looks satisfactory in comparison to national average. But if one take district wise survey glowing inequalities will be visible and how the tribal districts are well below the national average in most of the metrics. He emphasised the case for nutrition budgeting and mentioned about “Millet mission “.