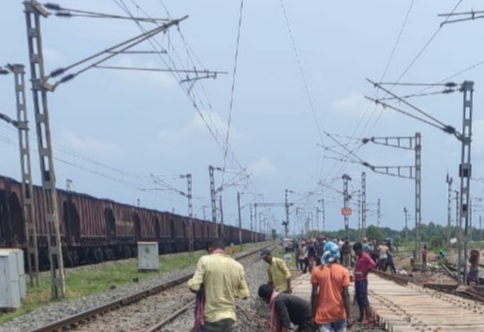 Bhubaneswar: The East Coast Railway (ECoR) has commissioned the Charbatia yard project which is a key part of the construction of 3rd & 4th line between Salegaon and Budhapank (2×85 km), a icoal to port connectivity project for transhipment of coal from Mahanadi coalfields at Talcher, one of the largest India’s coal reserve, to Paradeep port as well as to the power houses in South India.

More than 200 people were working for last two months against many odds, Covid-19 being the gravest of all. Due to full dedication of supervisors, officers and able leadership of CAO/Con, this huge task was possible successfully.

The progress of the coal to port project is being monitored by PMO. Expansion of this rail infrastructure project has been necessitated because existing doubling is heavily saturated due to ever increasing coaching as well as goods traffic. Salegaon to Rajathgarh (2×23 km) portion is the patch of the project consisting of 5 stations, which has been targeted for commissioning in June-2021.

Timelines for commissioning of sections beyond Rajathgarh and up to Budhapank have been decided. To achieve these targets, cooperation of state government is extremely essential in handing over private, government and forest land at the earliest to railway, said an ECOR spokesman.