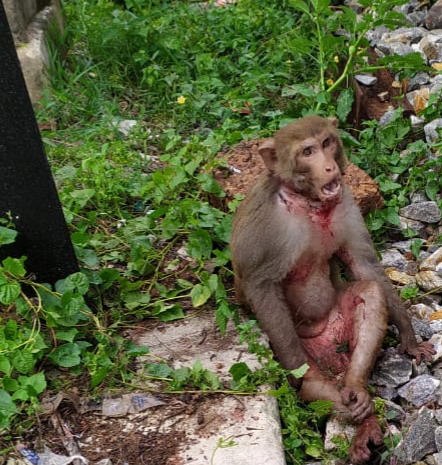 ASI BK Bal, while engaged in station patrolling on Monday morning, found a monkey in the middle of the track. The monkey was seriously injured and was struggling for his life. Bal rescued the animal and made arrangements for his treatment.

Bal, while on duty engaged in station patrolling by using Segway to prevent criminal activities against railway properties, noticed one monkey caming across the over head electric wires had fallen on the middle of the track. Due to the electric shock the monkey had sustained serious burn injuries.

The condition of the monkey is now stable.