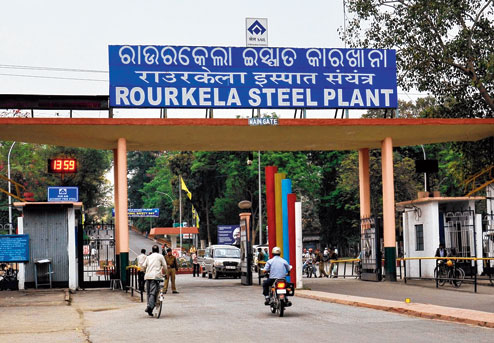 Speaking on the occasion, Satyabrata Sahu praised the impressive contribution made by RSP in the growth and prosperity of the State. Emphasising on the philosophy of ‘Vocal for Local’, Sahu advised RSP to make every possible effort to promote the local MSMEs and ensure that they have the ease in doing business. Advising the MSMEs to adhere to the requirements of RSP in terms of quality, timeliness and volume, he said that both Govt of India as well as Govt of Odisha share the common goal of seeing the MSME sector prosper.

In his address, Dipak Chattaraj, reiterated the commitment of RSP to contribute its best in realising the dream of the prime minister of an ‘Atmanirbhar Bharat.’ He also detailed about the incentivising scheme launched by RSP in line with the “Purvodaya in Steel Sector’ initiative launched by the union minister of PNG & Steel Dharmendra Pradhan so as to accelerate development of the region through promoting integrated steel hubs.

“Both RSP and the local industries have to think out of box and figure out ways and means to elevate our business relationships to a higher level on the basis of mutual trust and understanding,” he stressed.

Reghu G welcomed the gathering at the outset. D. K. Mohapatra, ED (MM) of RSP presented the introductory remarks. Anindita Mahapatra, DGM (MM-PIVD) of RSP made a detailed presentation on the various aspects of the business between RSP and MSME units.

During the interaction session, Pradosh Mishra, President and Mr. B R Mohapatra, Vice President, DSSIA, R K Patnaik, President and Sandeep Pal, General Secretary of OASME, P.K.Biswal, Secretary, OYEA, Praveen Garg, President and Prabhat Kumar of RCCI discussed about various issues pertaining to supply of materials to RSP as well as on the agenda points. They also expressed happiness about their consistently improving communication with RSP which is helping in sorting out many pending issues.