Gopabandhu Academy of Administration to be Center of Excellence 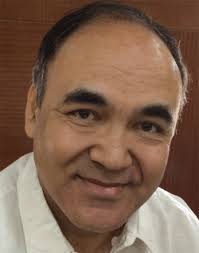 Bhubaneswar: A Center of Excellence (CoE) in result based management (RBM) will come up soon at Gopabandhu Academy of Administration (GAA), Bhubaneswar.

This was decided in a high level meeting held on digital mode from Lokseba Bhawan today under the chairmanship of chief secretary Asit Tripathy wherein director general (DG) GAA S.P. Thakur outlined the objectives, approaches and possible outcomes of the CoE.

Considering different contours of proposed center, chief secretary Tripathy directed to study and analyze the pan-Odisha issues along with local specific problems for finding long lasting ‘people centric solutions’. Tripathy added that the Pan-Odisha issues like ground level functioning of pipe water supply projects, the issues that disrupt their functioning and the realistic solutions for their sustainability would be very valuable inputs for planning and execution.

It was decided that the Center would also analyze the location specific issues like whether people harnessed the benefit of irrigation projects for raising muti-crop, whether all Government facilities created were put to maximum utilization, what could be a local based approach to address chronic malnutrition, what best practices could be replicated and so on. Unicef would be a knowledge partner of this center.

DG, GAA Thakur mentioned, “Presently a knowledge management center ( KMC) is functioning in GAA. The proposed CoE would further strengthen the KMC. Sri Thakur added that the CoE would investigate into the real problems at ground level through independent researchers. People would be the “real ‘consultants” from whom suggestions for possible solution will be elicited. The research would focus on the suggestions of the people who encounter a particular problem than that of looking into the academic jargons. He added, the research for an identified issue would be completed in two months; and, by the third month the solution oriented findings would be put forth. The outcomes of the study would be useful both for training and policy making purposes. The CoE would also extend its support in implementation of the corrective measures against the problems studied when Government decides for so.