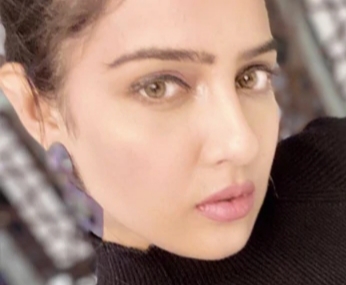 The man had stabbed three times with a knife for rejecting his marriage proposal, said the Mumbai Police.

Police said Singh, who is now in a hospital, will be arrested once he is discharged, said the police. A police team is likely to go the hospital Wednesday for further inquiry into the case, a police official said.

On Tuesday night, the accused was traced to a hospital in neighbouring Palghar district, about 100 km from the crime scene in Versova, the police said. The man, an acquaintance of Malhotra, has been booked for stalking her, and attempting to murder her.

The man had allegedly stabbed actor Malvi Malhotra in her abdomen and both her arms on Monday night when she was going home from a café in Versova.

According to the Malvi, Singh approached her in his luxury car, stopped her and questioned why she had stopped speaking with him.

“I do not want to talk to you. Why have you been stalking me? Don’t follow me,” the actor said turning down his advances, states the FIR (first information report). This allegedly infuriated Singh, who stabbed the woman and sped away.

Malhotra was rushed to a private hospital, where she is recovering.

Malvi admits that she and Singh had known each other for a year, and were friends. However, Singh wanted to marry her, but she had turned him down and stopped speaking with him, the actor told the police.