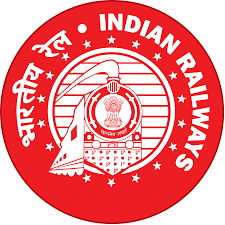 Bhubaneswar: The ministry of railways is planning to increase its transport share among all other competing modes of transport up to 45% by 2030 from the present 28%.

To achieve this, National Rail Plan (NRP) – 2030 was discussed by the chairman and CEO, and other top officials of Railway Board with the general managers, principal heads of departments, DRMs and other important railway officials.

East Coast Railway general manager Vidya Bhushan and principal heads of the departments of ECoR and senior key officials including Divisional Railway Managers from Khurda Road, Sambalpur and Waltair participated in the discussion.

During the virtual meeting, presentations were made on two strategic decisions, Artificial Intelligence and Data Analytics and NRP. The plan envisages the creation of capacity, development of infrastructure and enhancement of Indian Railways’ market share to 45 per cent of competing modes of transport. NRP aims to create capacity by 2030 which will cater to demand for the next two decades, from 2030 to 2050.

The presentation on NRP discussed strategies to increase modal freight share and identified infrastructural projects along with a timeline for targeted completion. NRP includes targeting completion of major works like up-gradation of speeds to 130 kmph and later to 160 kmph on Golden Quadrilaterals and Golden Diagonals, elimination of Manned level crossings through construction of ROBs/RUBs, construction of the DFC on routes with heavy freight, completion of doubling and yard remodeling works, installation of advanced signaling systems, use of longer loops on wayside stations and construction of major bridges /tunnels at strategic locations.

National Rail Plan has to be finalized by November, 2020. Board has also desired suggestions from the Zonal Railways and Officials.

During the meeting, it was also discussed that, use of data analysis and artificial intelligence will help IR run trains on demand, improve quality of services through accurate demand prediction, control costs through optimum resource utilization, plan future assets and improve employee skill sets/satisfaction thereby reducing grievances. So, Artificial Intelligence and Data Analytics (AI&DA) needs to be assimilated in to Indian Railways working to optimize costs and efficiencies.

Scheduled training programmes will be organized on AI&DA for officers to prepare them to be the change agents. A Chief Technology Officer (CTO) will be nominated by each zonal railway to be assisted by a Divisional Technology Officer (DTO) to spearhead injection of AI&DA in to the system.