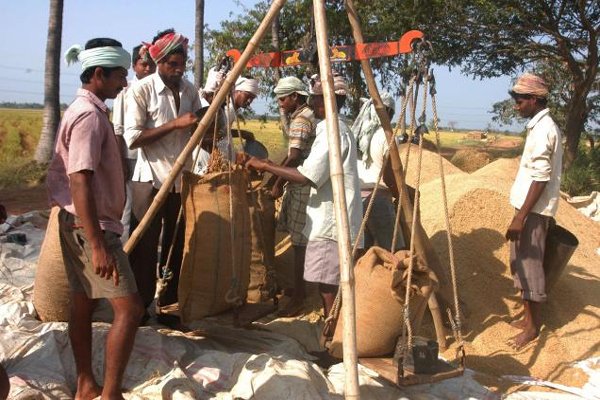 Bhubaneswar: Odisha State Seeds Corporation Ltd. has achieved a new height in production and sale of seeds during in year 2020.

The Corporation produced 3,95,032 quintals of paddy and 25,034 quintals of non-paddy seeds during the year 2020 through its own production programme ‘Mo Bihan Yojana’, long term MoU with private seed produces and other national and international agencies inside the State to incentivize seed growers.

Outsourcing of production activities in ‘OSSC’ farms of Bargarh, Barpali and Parmanpur has been undertaken for optimum utilization of the farms in seed production. OSSC sold 4,07,444 quintals of paddy and 57,243 quintals of Non-paddy seeds during 2020 i.e. the highest quantity of seeds sold by OSSC after implementation of DBT during 2016.
OSSC has supplied 14,52,407 numbers of quality planting materials, 630 quintals of potato and 12 quintals of onion seeds in time to Directorate, Horticulture and other Government Agencies arranging for same through e-Tender process in spite of Covid-19 restriction. Active participation by OSSC in the Government of Odisha Scheme like Millet Mission and Mo Upakari Bagicha in supply of seeds to make the scheme successful which has been appreciated by the Niti Ayoga, New Delhi.

The OSSC has installed eight number of seed processing plants having 8TPH capacity in eight location in Sonepur, Bolangir, Baragarh, Bhubaneswar, Cuttack, Rangeillunda, Babanpur and Sheragada. Flat ventilatated stores at Sheragada, Babanpur, Satasankha and Bhubaneswar have been constructed having a total area of 52,500 Sqft for storage of 35,000 quintals of seeds. In addition to these seed storage godown having profile sheets at Nayagarh, Sambalpur, Sonepur, Bhawanipatna and Bhubaneswar having an area of 34,500 Sqft for storage of 23,000 quintal seeds have been constructed.

The OSSC has procured 17,000 nos of MS Pallets for scientific storage of seeds which helped reducing germination related complains.

Weigh Bridges installation work have been completed at three location i.e. Bargarh, Rangeilunda and Jeypore for quick and accurate weighment of seeds brought to the processing plants by the growers and other seed supplying agencies. 37 nos of SHGs have been involved in all the 37 plant locations of different districts of the State for timely processing of seeds. OSSC has been successful in recoupment of loss sustained by it on implementation of DBT during Kharif 2016 by adopting continuous prudent fiscal measure in closing the cash credit limit availed by the Corporation to meet the requirement of working capital.