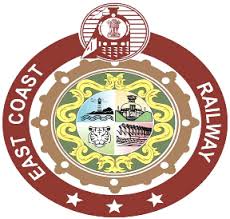 “Trespassing is the prime contributory factor now-a-days to unusual incidents in ECoR jurisdiction leading to so many lives. Apart from this, many death cases have been reported and many are being injured after falling down from running train and dashing with trains apart from suicide knock down and ran over.”

Construction of boundary walls/fencing or provision of obstructing paths by placing unused concrete sleepers have been sanctioned between Ranital and Baudpur in Bhadrak area, between Vizianagaram and Gotlam stations, near Bobbili Station and Parvatipuram Station areas at the locations identified. Apart from this, new proposal has been given for similar works at vulnerable locations between Bhubaneswar and Retang, Vizianagaram & Nellimarla, Gopalpatnam & Visakhapatnam and between Kottavalasa & Pendurti Stations.

About 110 new vulnerable places have also been identified over ECoR jurisdiction. To reduce these activities, wide trench will be constructed parallel to track to stop trespassing of animals, pedestrians and bikers. Barricade by Rail Sleeper and rail posts to be erected to stop two wheelers from crossings. Released rails and sleepers are placed thereby obstructing the pathway, which reduces the trespassing.

To reduce unauthorised crossing on railway track, ECoR has closed crossings by erecting rail posts and deep trenching parallel to track to obstruct the path ways at some of the places over it’s jurisdiction.

To prevent unauthorised trespassing, Limited Height Sub-ways will be constructed at some of the places and consent has been received from State Government.

ECoR officials have also been advised to keep sharp vigil on sensitive areas and may make fine for unauthorised crossing.

FALLING DOWN FROM TRAINS:

Falling down from train is the second main contributory factor to untoward deaths. Trains passing through East Coast Railway jurisdiction will manned by security personnel and overcrowded coaches of the trains especially General and Sleeper Class coaches will be monitored to avoid falling down from running trains.

Apart from this, entering of passengers to trains will be monitored at major stations with regular announcement and to educate the passengers to avoid foot board travelling, and not to entrain or detrain from moving trains.