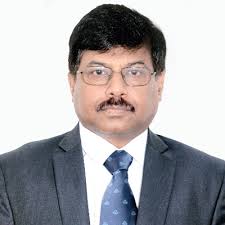 Rourkela: Rourkela Steel Plant (RSP) has supplied Liquid Medical Oxygen (LMO) more than 1900 tonnes to Odisha and 9 other states this month, said the RSP CEO Dipak Chattaraj . On 22/04/21, RSP had supplied even 252 tonnes of Liquid Oxygen to different states such as Odisha, Andhra Pradesh, Telengana, Madhya Pradesh and Haryana.

“Our oxygen units including filling in the tankers are functioning round the clock to provide the life saving oxygen to the critically ill patients,” said the. CEO.

The CEO said that the RSP’s Super Speciality Hospital, which was inaugurated in March, is serving the nation at this time of pandemic.

According to him, as per the instructions of union steel minister Dharmendra Pradhan, a 60-beds ICU facility has been developed in the new Super Speciality Hospital for the treatment of critically ill Covid patients in collaboration with the district administration.

“The world class infrastructure in the Super Specialty Hospital has proved very useful for this region, particularly in the present day context, when it is facing one of the severest health challenges. The hospital will give a major boost to health care in this region.”

At present, 47 ICU beds with ventilators have been made operational in the ICUs developed for the purpose and already started functioning. Further, as advised by the steel minister, availability of number of ventilators is being increased to more than 100, said the CEO adding, “The procurement process of the ventilators has already started on war footing basis and very soon we will be able to install the same.”