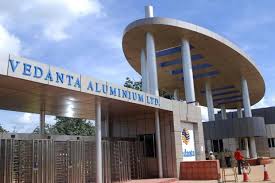 Speaking about Vedanta’s energy stewardship, Rahul Sharma, CEO – Vedanta Aluminium Business, said, “As India’s largest producer of aluminium, a 100% recyclable metal, we are cognizant of our responsibilities towards sustainable development and climate action. We are working towards it through a three-pronged strategy of ensuring judicious resource usage, energy-efficient operations, and renewable energy sourcing. We have adopted global best-practises in energy and resource management, and deployedcutting-edge solutions to reduce our carbon footprint. We are also exploring viable options of renewable energy sourcing for producing aluminium, the green metal.”

Energy management is at the heart of Vedanta Aluminium’s climate action roadmap, andfinds realization throughdedicated efforts towardsattaining highest operational efficiency of assets and processes.In agreement with the recommendations made by the Task Force on Climate related Financial Disclosures (TCFD) and guided by the Vedanta Group’s Carbon Forum, Vedanta Aluminium is working towards executing its carbon management practises as per the TCFD Framework. These include impactful initiatives for optimisation of specific energy consumption in production processes and a long-term focus on migrating to low carbon energy mix.

Vedanta’s Alumina Refinery, Aluminium Smelters and Power Plants have been forerunners in the realm of energy management, among the Indian manufacturing sectors. Few notable initiatives and highlights:

·         Climate action initiatives across all Business Units have resulted in energy conservation of 1.4 million GJ and GHG savings of 0.32 million tonnes of carbon dioxide equivalent (tCO2e) in FY 20-21.

·         The Jharsuguda smelter is also the firstaluminium smelter in Asia to receive ISO 50001 certificate for Energy Management System since 2013.

·         Bharat Aluminium Company (BALCO), Vedanta’s subsidiary at Chhattisgarh, achieved lowest specific power consumption in its Potline-I in 2020, setting a benchmark among Aluminium Smelters in India and the Gulf countries. A potline is a long building, or collection of buildings, located in a smelter and contains a series of ‘pots’, or large. electrolytic cells, in which aluminium smelting is carried out.

Vedanta Aluminium Business, a division of Vedanta Limited, is India’s largest manufacturer of aluminium, producing half of India’s aluminium at 1.96 million tonnes per annum (MTPA) in FY21. It is a leader in value-added aluminium products that find critical applications in core industries. With its world-class Aluminium Smelters, Alumina Refinery and Power Plants in India, the company fulfils its mission of spurring emerging applications of aluminium as the ‘Metal of the Future’ for a greener tomorrow.–