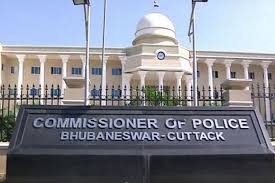 Elopement, mostly by teenage girls, has become a social problem. So, to create awareness among the school and college boys and girls about the ill-effect of elopement, the commissionerate police is going to have State-wide campaign soon.

While Bose, who is also the board member of Rugby India, has consented to launch ‘Parambh’, country’s biggest tribal residential school -KISS and SN Mohanty Foundation have agreed to sponsor the campaign event.

Most of these kidnapping cases are in fact elopement cases of minor girls. Elopement of minor girls has major social consequences. The girl is minor and there is danger of her landing in an exploitive place. Second, the future career/family life of the girl gets affected and the boy on the other hand is treated as criminal. To prevent such incidents the Commissionerat police is launching an initiative called ‘PRARAMBH’
This initiative has following major components:
1 Social media/media campaign and outreach programmes mainly in slum areas.
2 Workshops in schools/colleges about responsible use of social media.
3 Providing counseling, assistance to victims and her family after rescue.
4 Making the Kidnapping and Man missing cell more robust and effective.