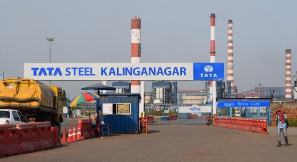 The training is being conducted by Ms Chandra Saran, Expert Consultant, Behavioral Safety, Health & Welfare, Basera Empowerment. It may be noted here that the three-day training programme will cover various aspects of safety including domestic safety, physical and mental health, managing stress, road safety and behavioral safety, among others.

About Tata Steel
Tata Steel group is among the top global steel companies with an annual crude steel capacity of 34 million tonnes per annum. It is one of the world’s most geographically diversified steel producers, with operations and commercial presence across the world. The group recorded a consolidated turnover of US $21.06 billion in the financial year ending March 31, 2021.

A Great Place to Work-CertifiedTM organisation, Tata Steel Ltd., together with its subsidiaries, associates, and joint ventures, is spread across five continents with an employee base of over 65,000. Tata Steel has been a part of the DJSI Emerging Markets Index since 2012 and has been consistently ranked amongst top 10 steel companies in the DJSI
Corporate Sustainability Assessment since 2016. Besides being a member of ResponsibleSteelTM and worldsteel’s Climate Action Programme, Tata Steel has won several awards and recognitions including the World Economic Forum’s Global Lighthouse recognition for its Jamshedpur, Kalinganagar and IJmuiden Plants, and Prime Minister’s Trophy for the best performing integrated steel plant for 2016-17. The Company, ranked as India’s most valuable Metals & Mining