Bhubaneswar: Odisha cadre senior IAS officers Upendra Prasad Singh, Surendra Nath Tripathy and Gagan Kumar Dhal have been promoted to the chief secretary rank. Both Upendra and Surendra, the 1985 batch IAS officers now on Central deputation have been given proforma promotion to the apex scale . While Upendra is the director general, Nati 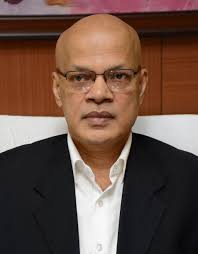 e agriculture production commission (PAC) has been formally promoted to apex scale after a vacancy arised  in to the top ranks in the state after the additional chief secretary to chief minister, Upendra Behera, took VRS and joined as the chairman of the Odisha Electricity Regulatory Commission(OERC). Gagan is doubling as the chairman of Odisha Forest Development Corporation (OFDC).