SAKTIKANTA DAS TO BE NEW CAG OF INDIA

New Delhi: Union Economic Affairs secretary Saktikanta Das is going to be the next Comptroller & Auditor General of India (CAG) . Das, who is on a three months extension, would retire on May 30, 2017.

The tenure of CAG post is five years or 65 years of age whichever is earlier. On becoming the CAG das would continue for almost five years. Present CAG Sashikanta Sharma,who assumed office on May 14, 2013 is retiring soon. 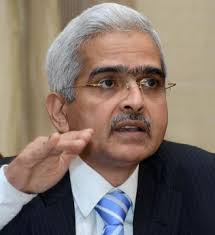 Das had played a significant role during the crisis faced by the  Modi government in the post demonetisation months. When Modi cried and sought 50 days time to overcome the difficulties the nation facing soon after the ban of the Rs1000 and Rs 500 in November 2016. During this 50 days Das successfully managed  situation by issuing over 50 notifications. Perhaps impressed by his efficiency, Modi government gave him an extension for three months in Feburary. The extension was aimed at posting Das as the next CAG, India Whispers learnt.