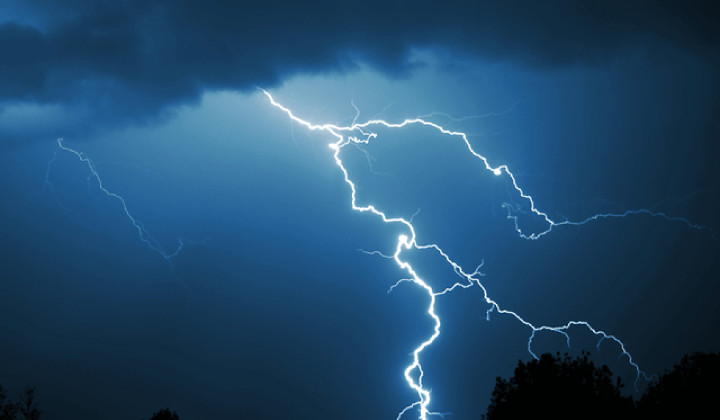 Bhubaneswar: High incidence of lightning strikes in the state has become a cause of worry for the  Odisha government. As 257 people killed due to lighting during this year till now, the government has ordered a study as to know the cause of the abnormal phenomenon by an expert committee.

The state revenue minister, Maheswar Mohanty, Tuesday said that the expert committee will ascertain the reason for high incidence of lightning in the state. He said that on an average 400 people die due to lightning per year in Odisha. Lightning casulty rate is the highest in Odisha, which recorded 401 lightning deaths in 2015-16 and 398 deaths in 2016-17, Mohanty said adding a total of 2,000 deaths were being reported in the country every year.
He said the victims of lighthing are mostly farmers who work in open fields and suggested awareness campaign to reduce the casulty rate. High occurance of lightning has been reported from Mayurbhanj, Ganjam, Keonjhar, Sundergarh, Cuttack, Balasore, Dhenkanal, Jajpur, Khurda and Nayagarh, the minister said.

“The expert committee will conduct a detailed study and analysis of the postmortem reports of the persons killed in the lightning,” Mohanty said.

SRC B P Sethi said that apart from postmortem reports, a detailed analysis will be done regarding the timing of deaths and place whether urban or rural so as to chalk out a comprehensive strategy. He said lightning incidents are more frequent from May to August (about 71 per cent) and occur more in coastal belts in the state.(EOM)