Odisha Govt. Gets A Paltry Rs 70 lakh From 2 Of 212 Mining Companies Towards Scam Penalty 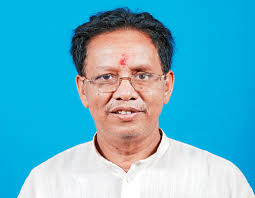 Bhubaneswar: The Odisha government, which has slapped notices on 212 mining companies for payment of penalty to the tune of Rs 60 lakh crores, has received a paltry sum of Rs70 lakh in the last five years.

The state government has demanded fine from 72 mining companies and individual miners in Joda cricel, 8 in Keonjhar, 5 in Sambalpur, 23 Rourkela, 7 Koraput, , 14Jajpur Road, 11 Baripada, 3 Kalahandi, 10 Cuttack  and  2 each in Talcher and Bolangir between 2012 and 2016. However, only two out of the 212 have responded to the government notice . Most of others have obtained stay from the revision authority in the union minister of mines. Several government companies like SAIL, MCL, OMC have also stayed the recovery of the fine amount appealing the revision authority. Several cases are also pending in the high courts and supreme courts.

The minister said that the state government is expediting the calculation of the fine amount keeping in view the August 2 supreme court’s directives in connection with the mining scam case in the state.