Bhubaneswar: The poor implementation of Forest Right Act 2006(FRA) in Odisha has came as a rude shock for the chairman of Odisha State Food Commission, Rangalal Jamuda. While expressing concern over poor implementation of FRA in the state, Jamuda has said : The FRA is an unfulfilled mandates, the suffering of the people living in forest 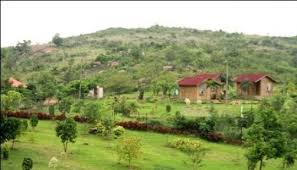 The Commission chairman recently reviewed the implementation of the FRA in the state to gather information  how the act actually helped in ameliorating the living conditions of forest dwellers.

According to data available upto July 31, 2018, the Forest Rights Committees(FRCs) had filed 6,23,931 claims including 6,10,219 as on July 31,2018. The District Level Committees(DLCs) headed by district collectors have disposed of 5,87,120 claims which include 5,78,265 individual claims. DLCs have rejected as many as 1,46,950 claims which include 1,46,107 individual claims. Percentage of rejection of claims is 25.02, certainly very high. In Puri district rejection is 100%. Numerically, maximum rejections relate to Sundergarh district (17,326). Even after a decade as many as 36,811 claims are still pending; maximum pendency is in Mayurbhanj district(8,337). As many as 4,27,459 titles have been distributed which include 4,20,992 individual titles. Records of Rights(RoR) have been corrected only for 1,31,483 title  and all of those relate to individual titles and all of those relate to individual titles. It is a matter of shame that records have not been corrected even for a single case relating to Community Rights(CRs and CFR put together) .

Jamuda said, “It is a matter of very serious concern that many responsible officers are of the view that STs have been given titles for the entire extend of land under their cultivating possession. This is a myth to say the least. ”

“During my recent field inspections in Koraput district, it was noticed that even the farmer possessing 7 Ac. of land has been given title for only 2 Ac. and for the rest he continues to be an encroacher in the eyes of law.” pointed out the Food Commissioner. Therefore, he added, demarcation of land is very crucial at this juncture. He observed that the overall situation is really alarming.

Out of 4,27,459 titles(IFR+CR+CFR) distributed,demarcation is pending for 1,50,727 (35.26%) titles.The situation is the worst for CFR cases ; only 300 cases demarcated out of 2826 titles distributed so far. Pendency,therefore,is as high as 89.38 %.It may be appreciated that Community Forest Resources are the natural resources with which the forest dwellers have a symbiotic relationship for ages.By denying such legal entitlements,the authorities concerned have demonstrated complete disregard to the law makers. Let us hope and trust that with the pressure from the society at large, these authorities will come to their senses to discharge their duties in the near future.

The Food Commission chairman has opined that if the chief administration of KBK and the Revenue Divisional Commissioners spare some time with the collectors to review and monitor the progress, the situation would improve significantly.

Girish Rao of Vasundhara said that more than one-forth claim has been rejected, of which rate of rejection of OTFDs claim is 86%. Further average land recognised is 1.48 acres while national average is 2.32. For the last three decades inclusion of more than 100 ethnic groups in ST list is pending. Those people have been deprived from their rights. Pendency of CR and CFR claim is high in compared to IFR. Secondly 82% of titles have been distributed in revenue forest land. PVTGs claims also been pending with district administration. Right over ‘podu’ land is yet to be recognized.

Achyut Das of Agragami: Despite tall claim by the state government and some NGOs, the reality is something different. In Kashipur, 3000+ claims were filed and the file was missing. Then for the second time, it was resubmitted but it was pushed to the cold storage as the DWO had indicated that he had no time and he was supported by higher-ups. Agragamee had offered manpower support but was ignored. I think the political will is missing in the implementation of the FRA Act and the tribals are also not asserting their entitlements. This is very much visible in mining-rich areas. My understating is that as Kashipur is full of Bauxite, the land is protected by the Government giving one reason or other. The Sundargarh case could be due to the same reason.  Only glimmer of hope is that the family which has got land under FRA is entitled to get a house under PM Housing Yojana. The land given under FRA may be very little or barren or inaccessible or not developed under MGNREGS but PMHY is certainly a tangible benefit!