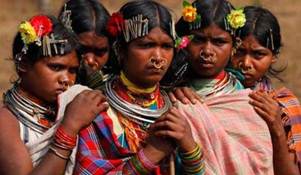 Bhubaneswar: Odisha government has added 888 villages in and around Micro Project Areas (MPAS), to the list of Particularly Vulnerable Tribal Groups (PVTGs). Further, three new Micro Projects have been set up at Dhenkanal, Jajpur and Keonjhar.

Out of 75 PVTGs identified in India, 13 PVTGs are found in 12 districts of
Odisha. To facilitate their all round development, 17 MPAs were established in Odisha in phases, wherein about 90,000 PVTGs are residing in 541 villages/ hamlets and were benefited through different schemes and programs of the government.

Government of Odisha have further recognized about 1.05 lakh PVTGs residing in 888 additional villages/hamlets located in 160 GPs of 29 Blocks in 11 Districts among the existing 13 groups. Similarly, about 55,000 PVTGs residing in 250 villages/ hamlets coming under 76 GPs. of 9 Blocks in 3 districts belonging to three PVTGs communities namely, Birhor, Juang
and Paudi Bhuiyan are also going to be benefited with the constitution of three new MPAs in the state.
The three new MPAs are,
i. Birhor & Juang Development Agency (BJDA), Sukinda with headquarters at Sukinda Block Office in Jajpur Distrtict.
ii. Juang Development Agency (JDA), Dhenkanal with headquarters at Dhenkanal in Dhenkanal district &
iii. Paudi Bhuiyan Development Agency (PBDA) Banspal with headquarters at Banspal Block Office in Keonjhar District.
Thus around 1.60 lakh persons belonging to 13 PVTGs of these newly included villages as well as MPAs will now get benefits of various schemes and Programs of the Central & State Governments and will be able to avail other entitlements of livelihood improvement, social Security & Welfare benefits. With the inclusion of these villages and
MPAs, the total PVTG population of Odisha will be 2.5 lakhs